It is a wonderful thing to be in the position of being in awe of my students. Last year, I dipped my toe into the Genius Hour concept by having my sixth graders complete a mini-research project on the topic of their choice. They truly enjoyed this process and presenting their findings, so I knew I could push it further this year. After learning everything I could from Joy Kirr, Paul Solarz, and Angela Maiers, I took the plunge on Genius Hour this year—with a twist.

I had greatly underestimated my students’ capacity for wanting to make a difference. Many chose to combine learning a skill with helping others or society. The variety of the projects and their causes was impressive.

Among their many projects are:

NOTE: Although I didn’t allow for any monetary transactions at school, I was a bit concerned that several students would need to raise funds from friends and family for an organization close to their hearts. I generally don’t promote the idea of asking families for money, but I hadn’t anticipated that so many would choose to want to do so. I will be soliciting feedback from parents at the end of this project in December and may make adjustments next year that don’t involve money, but for now the parents and I are extremely impressed with their initiative. Many come from privilege and it is touching to see them realize this and want to give back.

My students are beaming with pride when they share their success with me. For example, Ella held a spaghetti dinner that had over 100 attendees and raised almost $2,000! She had estimated she would raise $800 to make the hygiene kits for the homeless and ended up being able to also purchase socks and laundry soap. She was recognized publicly at her church and her peers clapped for her when I shared this at school. She was most excited when she and her fellow congregants were able to distribute the kits. Madison, who has scoliosis and is raising awareness and fund with her project, make $120 with her first batch of cupcakes and is looking forward to her next batch. She is taking what was a life-altering diagnosis and making it into a positive.

The generosity and huge hearts of my eleven-year-old students has blown me away. They are setting a great example, exploring their passions, and feeling a real sense of accomplishment. What more can a teacher ask? 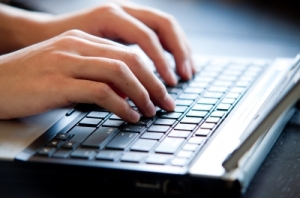 This is the text of an article I wrote from SmartBrief on Education.

I do not enjoy being the plagiarism police with my middle school students. For me, detecting plagiarism and determining consequences take more energy than investing time into proactively planning assignments that don’t lend themselves to copying.

Here are some steps I take and recommend to try to prevent plagiarism before it begins. I won’t claim that these will make the assignment plagiarism proof, but they will certainly make it more difficult.